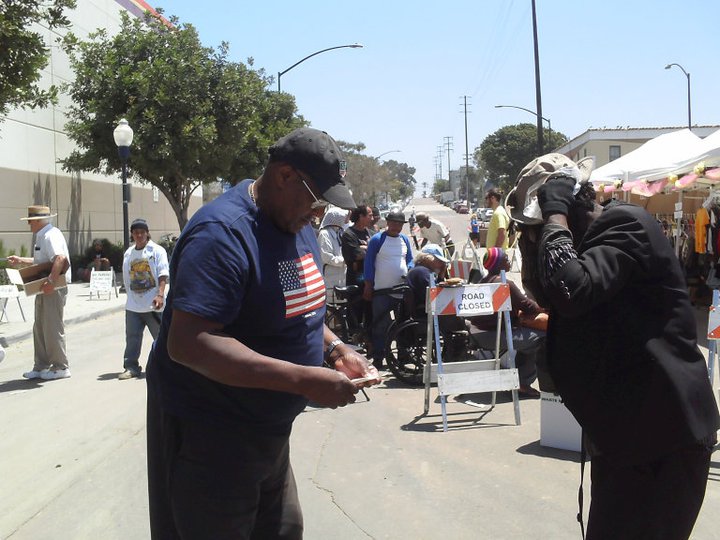 Military veterans often suffer from unique combinations of issues related to experiencing the violence of combat. But there are other issues as well.
1. In our 'peace (anti-war)' oriented society, they are often not welcomed home.
2. Many come from dysfunctional homes and went into the military to escape.
3. Many entered the military at an early age of adulthood without a full set of adult emotional and spiritual skills (including coping with deep losses of friends and the ability to handle extreme violence and carnage).
4. Most did not know what to expect aside from what they may have seen in movies or other entertainment.
5. Some did not have an orderly discharge with counseling and guidance on transitioning into civilian life.
6. They signed up to do something heroic, and were greatly disappointed.
7. Some are saddled with 'survivor's guilt' because they came back, but friends didn't.
8. Some have been been prisoners of war.
9. Some have both physical and psychological disabilities.

Generally, these issues apply to older veterans, primarily from the Vietnam era. Most were spat upon when they returned home, even by siblings. Many became reclusive and self-isolated, turning to substance abuse of various sorts. Many suffered severe mental health issues. Some were abused by the Veteran's Administration's bureaucracy.

MATTHEW 25:34-40 Ministries has a number of military veterans, especially in the Church@Work, who have understanding and compassion. They have reached out to minister to the ones who are suffering. In addition, they have developed some processes and tools which have proven successful in bringing the healing that is needed from the heart of God in Jesus Christ.

Gaining a veteran's confidence is often a challenge, especially since the vast majority of the US population has never served in the military and doesn't even know military veterans. It has been a long time since the US has had a draft program (although many nations do have some mandatory military service). Those doing the Ministry must have compassion and sympathy sufficient to listen to the veteran with understanding. Ministry leaders have found it useful to have guided discussions over WWII and Vietnam era movies with people interested in joining any of our military ministries, highlighting the issues noted above and some of the other aspects of life in the Military. A discussion of Crane's "Red Badge of Courage" is also useful. (These preparations can be somewhat traumatic to a few participants. This is good because every issue must be taken to our Lord for resolution and it illustrates the Ministry process.)

Once the Ministry team is prepared, the first process step is finding a veteran and developing a basic relationship with him or her. (Women veteran's are particularly neglected because society tends to only think of men in the military.) We always pair men with men and women with women as a matter of propriety; we have never had difficulty in doing this as the Lord always provides workers. The Ministry developed a process resource for relationship development called "Having Spiritual Conversations". Our COTS Ministry developed a resource called "Thanksgiving Therapy" which was quickly recognized as an essential for ministries to veterans. We first met most of our veterans on the streets, so there was a natural overlap. Since then, we have discovered veterans in the wider community with hidden needs.

Whatever the issue(s) a vet is dealing with, they can all be resolved through a personal relationship with Christ Jesus. But, it is also true that the heart of a veteran is to serve the Lord beyond the battlefield with the purpose the Captain of the Lord of Hosts has determined. This usually requires the help of a spiritual mentor who can lead conversations, provide an excellent prayer warrior example, and be a good listener to help the veteran to hear how the Lord is speaking to him/her.

Restore Life is a course that can be useful in walking through some of the issues a vet might be struggling with. Many vets have relationship problems with different members of their families, usually involving problems of forgiveness and grace. As a relationship with the vet grows, other areas of issues will become known. It is important to not rush into a solution, but to be able to help the vet find the solution for himself/herself. If they are married, they may need some marriage resources to resolve some of the latent problems. There may also be issues with children as well that need resolution. God has a plan. We need to prayerfully follow His plan.

People engaged with helping a specific vet need to consult with each other and the ministry team occasionally, prayerfully seeking the Lord's wisdom about how to proceed. Many of our military/veteran/military family ministry teams have a special time each month to pray, hear God, and plan.

Ultimately, every vet needs to come to enjoy their relationship with God, enhance by their personal prayer life, their devotional life, and their participation in a healthy congregation. In time, veterans who have been helped can be welcomed into this ministry.